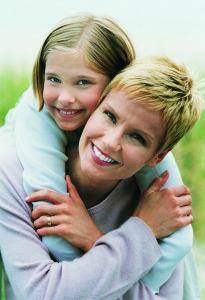 Omega-3 fatty acids, also known as polyunsaturated fatty acids, are essential to human health and cannot be made by the body. For this reason, they must be obtained from the foods we eat. Good sources of omega-3s include fatty fish and certain plant foods, including flaxseed, chia seeds, and walnuts.

There are three major types of omega-3 fatty acids consumed in foods and used by the body: Alpha-linolenic acid (ALA), eicosapentaenoic acid (EPA), and docosahexaenoic acid (DHA). The body converts ALA to EPA and DHA, which are the two omega-3 fatty acids used most readily by humans. However, because this conversion is fairly inefficient (less than 5%), dietary consumption of both DHA and EPA is highly recommended— especially in young children in order for them to meet their significant need for these important omega-3 fatty acids.

Research continues to validate the important role these omega-3 fatty acids play in normal growth as well as in the early development of a child’s brain and eyes.

DHA and EPA are best known for their beneficial role in protecting adults’ cardiovascular health and in lessening inflammatory conditions. However, emerging science suggests that DHA in particular plays an important role in early brain and visual development in growing infants and children. In fact, DHA is the most abundant omega-3 long-chain fatty acid in the brain, and is rapidly incorporated into the nervous tissue of the retina and brain during the last trimester of pregnancy and continuing throughout the first few years of life. Supplementation of infant formula with DHA has been shown to aid growth, development, and vision in premature infants, and prenatal and infant deficiencies of DHA have been shown to lead to brain abnormalities. [1]

Beyond early development and throughout life, DHA is believed to continue to influence brain function by playing an important role in brain-cell membrane structure, brain-cell receptor activity, and the production of neurotransmitters and other brain chemicals.[2] This has led to considerable interest in the potential role DHA may have on cognitive development and behavioral function during childhood. A number of research studies have examined the relationship between the levels of omega-3 fatty acids in the body and a variety of childhood disorders, including autism and attention deficit hyperactivity disorder (ADHD).

Attention deficit hyperactivity disorder is one of the most common childhood disorders and it affects 5%–10% of school-age children, or 4.4 million youths ages 4–17. Symptoms include difficulty staying focused and paying attention, difficulty controlling behavior, and a general inability to sit still or tendency to be hyperactive. The Centers for Disease Control (CDC) estimate that 2.5 million of these children receive some type of medication to treat this disorder and, to make matters worse, this condition can continue throughout life, with as many as 70% of children diagnosed with ADHD suffering from the disorder into adolescence and adulthood.[3]

Randomized clinical trials assessing the effects of omega-3 supplementation on symptoms of ADHD have been published. Some studies indicate supplementing a child’s diet with a combination of long-chain fatty acids including DHA and EPA may be beneficial for reducing symptoms of inattention and hyperactivity when compared with a placebo,[6],[7] while other studies have found no benefit.[8] Because of the diversity of findings, more research is needed to draw firm conclusions. However, researchers have proposed that future studies be designed to:

However, until then, consumption of foods and supplements high in omega-3 fatty acids is a reasonable approach for someone with ADHD.

Autism is one of a group of disorders known as autism spectrum disorders (ASDs). Autism usually is diagnosed by age 3 and persists throughout a person’s life. Children with autism or other ASDs can suffer a wide array of developmental disabilities that can cause substantial impairments in social interaction and communication, as well as unusual behaviors and interests. Many children with ASDs also have unusual ways of learning, paying attention, and reacting to different sensations, and there is significant variability in severity — some children are high functioning while others can be quite severely affected. Recent data from the CDC’s Autism and Developmental Disabilities Monitoring Network indicate that about 1 in 150 8-year-olds living in the United States has an ASD. Scientists think there may be many causes that can lead to the development of an ASD—and both genes and the environment appear to play a role.[10]

There is some evidence that alterations in fatty acid metabolism may play a role in the pathophysiology of autism. In one study, researchers compared the levels of fatty acids in the blood of a group of autistic children with those in a group of mentally challenged control subjects. Results indicated a 23% reduction in levels of DHA in the children with autism, resulting in significantly lower levels of total omega-3 fatty acids—without a reduction in total omega-6 fatty acids.[11] The reasons for the lower concentrations of DHA are not well understood, but several hypotheses have been proposed. It may be that children with autism have insufficient dietary intakes of DHA, may have less ability to convert ALA to DHA, and/or have an enhanced breakdown of DHA in cell membranes.

There is growing evidence in support of a positive relationship between omega-3 fatty acids and many health outcomes in children (and adults as well). Changes in the diet of Americans has dramatically changed the type of fat consumed, resulting in a significant shift in the ratio of omega-6 fatty acids to omega-3 fatty acids, thereby potentially changing the fatty acid composition of the brain.

Therefore, it is believed that both excessive intakes of omega-6 fatty acids and consuming lower amounts of omega-3s may actually diminish DHA availability in the brain. In addition, the decreased overall intake of omega-3s means less DHA and EPA are available for incorporation into brain-cell membranes.

Given these recommendations, the question remains as to whether children are consuming adequate amounts of omega-3s, especially DHA and EPA. Based on the most current national nutrition survey findings, most infants and children are not. Data collected from the 1999–2000 National Health Examination Survey estimated that intakes of DHA among children 11 years old and younger to be only 20–40 mg a day,[16] and in a recent study published in the Journal of Nutrition, researchers quantified the omega-3 fatty acid intake in a group of Canadian children ages 4–8. The mean dietary intake of DHA in these children, according to this study, was only 54 mg per day.[17]

Because of the ever-growing and emerging body of literature demonstrating the importance of omega-3 fatty acids in proper growth and development, early brain and visual development, and possibly in childhood conditions such as ADHD and autism, the dietary gap between consumption and need should be filled with an increased consumption of foods rich in DHA such as fish and seafood. However, increased fish consumption poses additional concerns. Nearly all fish and shellfish contain traces of mercury—and some may contain other environmental pollutants that may pose harm to an unborn baby or to a young child’s developing nervous system. In fact, the Food and Drug Administration (FDA) and the Environmental Protection Agency (EPA) advise women who may become pregnant, pregnant women, nursing mothers, and young children to avoid some types of fish and eat only fish and shellfish that are lower in mercury.[18]

Concerns about the safety of fish consumption coupled with inadequate dietary intakes suggest that most children would benefit from taking a high-quality dietary supplement that uses a pharmaceutical-grade, highly purified fish oil to deliver omega-3 fatty acids, including plenty of DHA to support the proper development and function of the brain and eyes.

[14] Information obtained on 3.13.09 from: www.issfal.org.uk/recommendations-of-others.html